Seat belts are the most effective safety feature available in vehicles today; still nearly one in five Americans fail to regularly wear a seat belt when driving or riding in a motor vehicle.  The effectiveness is indisputable.  In 2002 only eighteen states participated in the national Click It or Ticket campaign pilot program, with Mississippi being one of the eighteen participants.  Today, all states and territories particpate in Click It or Ticket each year.

Our mission at the Adams County Sheriff’s Office is to crack down on seat belt non-use and to reduce roadway fatalities.  During the week of May 23-June 5th, we will join the national mobilization campaign conducted by the National Highway Transportation and Safety Administration.  Our Office in conjunction with the Mississippi Highway Patrol will be aggressively enforcing seat belt laws for one reason: to save lives.

According to 2014 Mississippi Traffic Fatalities By County, Adams County was ranked 13 out of 79 counties with a total of 11 fatalities.  Statistics show that 313 lives were lost in our state in 2015 by drivers that were not wearing seatbelts.

If every person were properly restrained on every trip, thousands of additional lives could be saved by seat belts each year.

*Nearly half of the 21,022 passenger vehicle occupants who were killed on our nation’s roadways in 2014 were not wearing their seatbelts at the time of the fatal crashes.

*The statistics are worse among teens and young adults: Occupants 13-15 and 18-34 yoa who wre killed in crashes, 59% and 57% respectively, were not buckled up.  In the 18-34 age group, males who were killed in crashes were restrained 59% of the time.

These lives aren’t just numbers on a spreadsheet.  They aren’t just statistics.  They are someone’s mother, father, brother, child, sister or grandparent.  Please help us save some lives together. 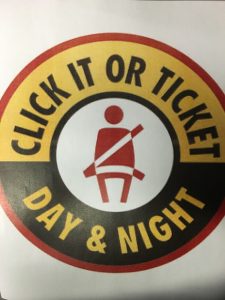 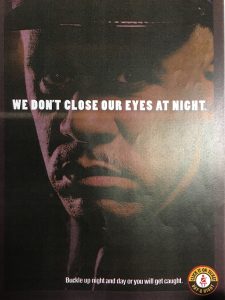